During 2016, the most recent census year, there were about 2.82 million people in the labor force, meaning they were either working or looking for work, in southeast Michigan. Slightly less than half of the population of 2,071,285 individuals (49.4 percent) living in the region were participating in the labor force. The highest unemployment rates were seen in those aged 24 years old or younger. Males under the age of 19 face an unemployment rate of 27.9 percent. Black or African American job seekers also have a difficult time finding employment, facing an unemployment rate of 18.4 percent. 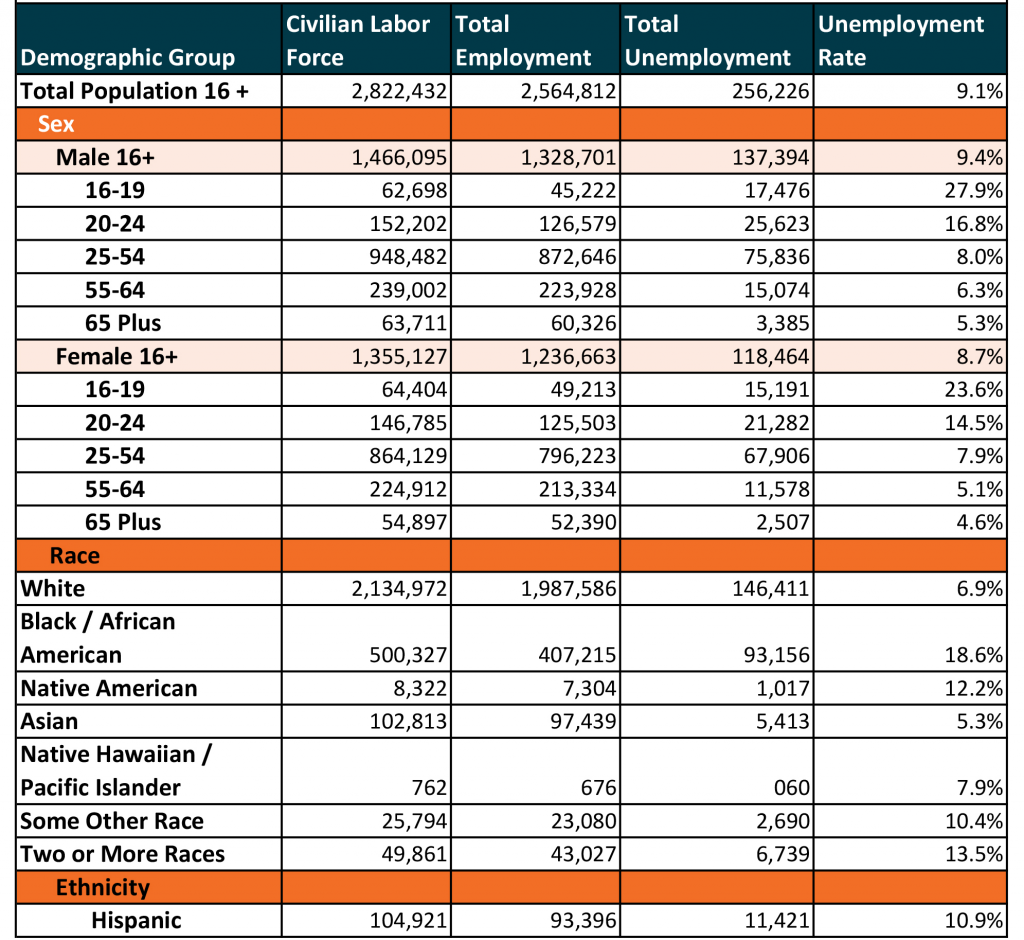